“Madgermanes” or “Regressados” (the “returnees”) are the terms used for the approximately 20,000 Mozambican contract labourers who trained, worked or studied in the GDR from 1979.  Most of them returned to their home country Mozambique after the fall of the Berlin Wall in 1989. But to this day, 25 years after their return, Germany remains an essential part of their identity.

As “brothers in friendship” and “comrades in the fight against imperialism” the usually young men were selected from all over Mozambique and were trained and employed as workers in all kinds of factories in the GDR. For the GDR, they were supposed to help alleviate the labour shortage and to strengthen international relationships. For Mozambique, they were supposed to reduce the country’s debts and to acquire knowledge of modern production processes which they would then use after their return to help rebuild their home country which had been widely destroyed by war. Mozambique was indebted to the GDR because the latter had supported it in its fight for independence against the colonial power Portugal as well as in the ensuing civil war against the Renamo, which was backed by the Western Powers, by supplying Mozambique with weapons, commodities and specialist staff.

Most Mozambicans felt comfortable in the GDR: they lived together in hostels, partied a good deal, were in great demand among East German women, they travelled the country, visited theatres, libraries and Buchenwald. Some even got involved in nudist culture. The integration of the contract labourers, however, was not something that was wanted on either the German or the Mozambican side. Friendships ‒ albeit tentative ones ‒ did develop; they learned the language and the mentality. They lived well with what the GDR had to offer: record players, refrigerators, central heating, colour TV and “Plattenbau” (prefabricated buildings). 25% of the contract workers’ income was retained by the Mozambican government. In 1985 this percentage was raised to 60% and in 1988 it was reduced to 40%. This money was to serve them as a kind of pension, but was misused for the payment of government debts.

In 1989 the contract labourers saw how the GDR’s civil rights movement regularly demonstrated, eventually bringing the rotten communist system to its knees – a formative experience for their later fight for their rights and their dignity. After German reunification each Mozambican received 3000 DM to return home. Whoever wished to stay was supposed to get married so as to avoid becoming illegal.

Expecting to return as the “elite” of the nation, the homecomers did not only bring back luxury goods to one of the poorest countries of the world, but also ideas and experiences from a foreign country. But the initial euphoria faded fast. Mozambique had long since abandoned Marxist ideas and was not prepared for the sudden return home of so many people. Many of the returning workers were sent to fight in the war which would not end until 1992. Most of them did not find work because there was no industry and what they had brought with them was quickly sold off. Those who had “stayed at home” perceived the “returnees” as privileged; they knew nothing about their experiences in the GDR – a further reason for the failure of their reintegration.

Upon their return their documents relating to their retained income were taken from the contract workers. When the retained money had still not been paid out after several years, they began regular demonstrations, which have continued up to the present day. The Madgermanes have become one of the most significant opposition groups in the country. As it remains unclear who has received what money and who is even entitled to payments, the demonstrations continue and the “victims of corruption” are jeered at as “troublemakers”.

Many of the Madgermanes are trapped in their glorified memories of a country that no longer exists. They live in powerlessness, frustration and poverty. Despite this, some have managed to adapt to their new living conditions and make use of their language knowledge and skills. All of them are due dignified treatment as well as an apology and compensation for the misappropriated money, since through their contribution in the GDR the Madgermanes substantially contributed to the liberation and rebuilding of their home country. 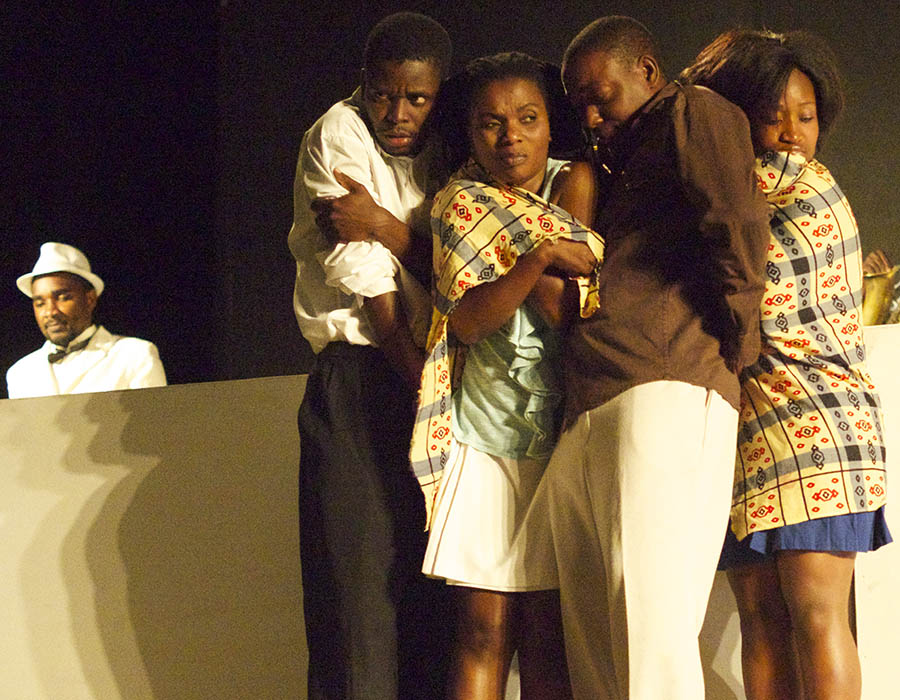