On the history of the Madgermanes and their impact on Mozambican and post-reunification German society.

The history of the Madgermanes is one of the unknown chapters in Germany’s historical legacy. Similarly to German colonial history in Africa, the relationships of the GDR to African countries in the 1970s and 1980s attract little attention in German society today. Nevertheless, they have left their marks on individual lives and it is these marks which are traced by the theatre- and exhibition project “IDENTITY: A Bloody Romance”. In his photographs and short video clips, theatre director Jens Vilela Neumann portrays different actors of this German-Mozambican history and provides a space for their diverse voices.

These are the stories of Elisa Boana, who today works as a housemaid for a German-Mozambican family, or of Beatriz, whose colleague was shot dead by the police at a demonstration and who had to fight hard for the return of the dead body. Petra Wanga tells the story of how she was made to enlist as a soldier upon her return at a time when the civil war in Mozambique was demanding more and more fighters. Or the fate of a German family who had to emigrate in the 1980s due to the civil war. Or of fathers of African-German children who long to see their children.

What all the protagonists share is their exclusion across national boundaries from social representation as well as their search for recognition, belonging and love. They have fallen victim to the political and economic interests of a globalising, capitalist system. As individuals they have to find their way in the complex international political and economic hierarchy of power relations. Some demonstrate, some keep silent about their past in the GDR. In Mozambican society the Madgermanes are widely regarded as troublesome outsiders because of their weekly demonstrations, despite the fact that they have formed a united front in Mozambique, especially in Maputo, and as political subjects paradoxically constitute the country’s only visible extra-parliamentary opposition. Others search for their relatives. And ever present is the nostalgia for their time in the GDR, their longing for acknowledgement and belonging.

“IDENTITY” moves between personal life stories and collective memory in the context of a West-centric historiography. Thus the project also questions the role of cultural reappraisal and intercultural exchange in our contemporary society.

Reading the excerpts of the play, one sentence in particular sticks in our mind: “The scars of the consequences – this is called identity!” Amongst the consequences of German-Mozambican history are the lives of the Madgermanes as well as those of their children who stayed in Germany and who are confronted with racism in their everyday lives. This is part of our present and at the same time a legacy of our history which runs the risk of being forgotten and maybe even denied. The special value of cultural reappraisal projects like “IDENTITY” lies in their potential to transfer knowledge, both emotional and historical, and make its socio-cultural processes visible in their contemporary meaning. 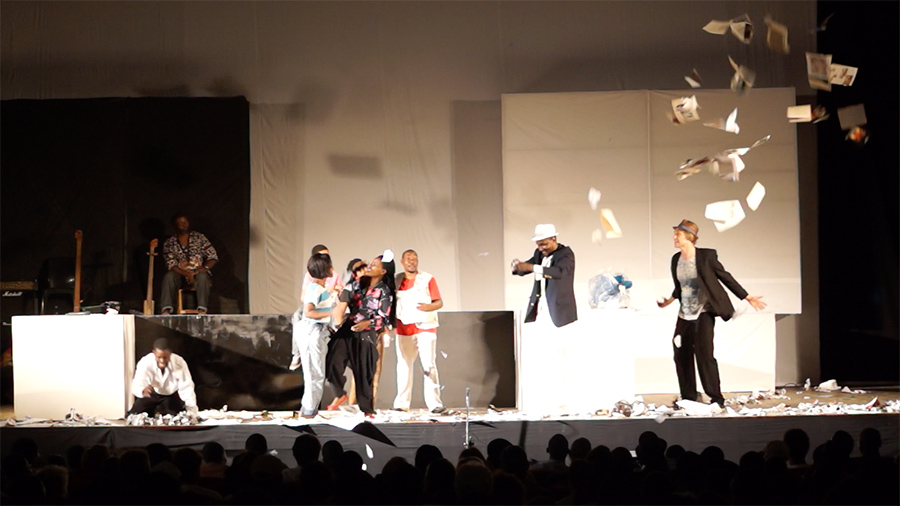