BEATRIZ AND THE DEAD

Excerpts from the play:
Was the responsible taken to court? Not jet! Now? Not jet! Never! 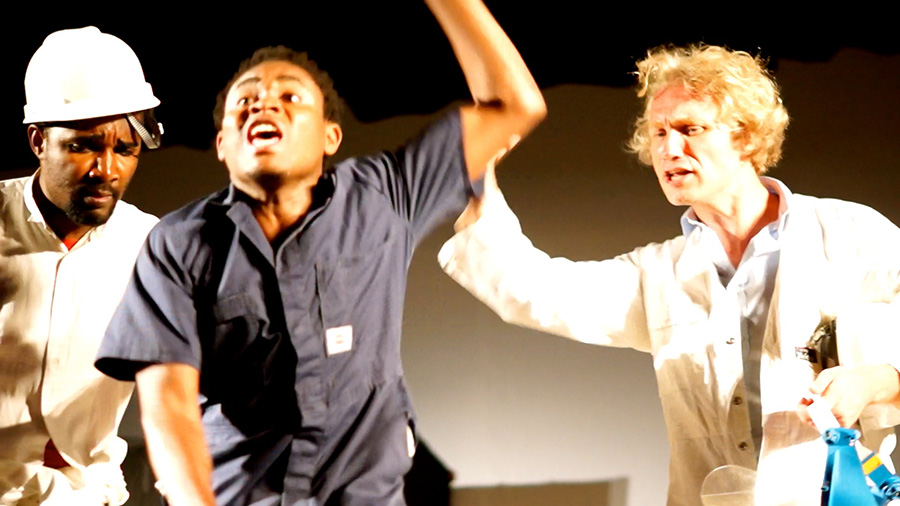 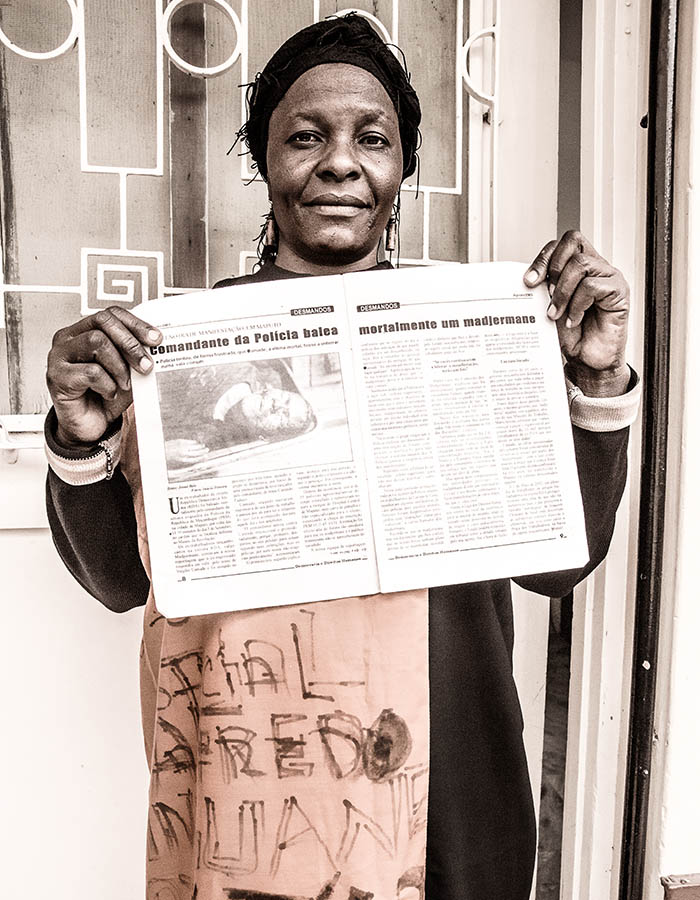 From 1988 – 1990 Beatriz worked in an explosives factory Magdeburg. At a Madgermans demonstration in Maputo on 5 September 2003, as events escalated a policeman pointed a weapon at her and pulled the trigger. Beatriz managed to duck to the side just in time but the bullet hit her companion Virgilio Amand who died immediately from the headshot wound. His body was brought to hospital and, without further identification, was assigned to be buried in a mass grave.

Virgilio is not the only Madgerman to have lost his life in the altercation with the police about repayment of their retained income. Holding a picture of the dead man in her hand, Beatriz tells us this story in a tiled, dark room. However, this story is, despite its fatal outcome, proof of the power of the Madgerman movement, which, in official quarters, is referred to as one of the few organisations critical of the system. Beatriz was able to find Virgilio’s body in the morgue, and through her endeavours to make the case public and her own iron will she succeeded in forcing President Chissano to agree to a transfer of Virgilio’s body to his home village for the funeral.