Excerpts from the play:

Where business is good, politics won’t wait with their interests …. 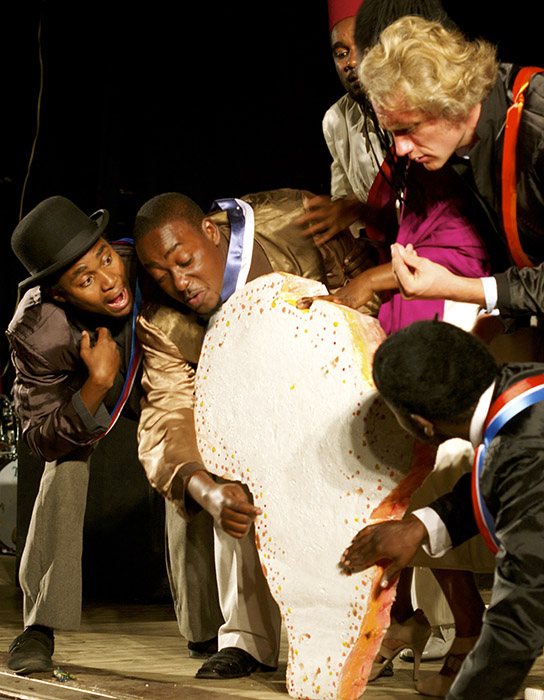 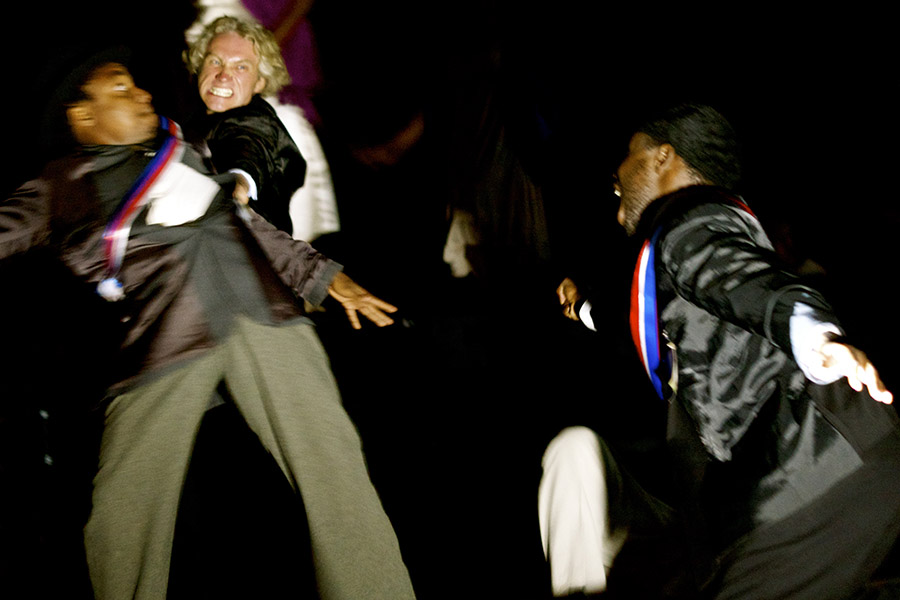 September 1914 saw the birth of Germany’s “Central Africa” project. Conceived by state secretary Wilhelm Heinrich Solf, it was meant to enforce Germany’s claim for “a place in the sun” and to assert its strength against the numerous colonies of other European powers such as France, Spain and Portugal.
Germany’s central African colonial empire was to include the following territories: Angola, the northern half of Mozambique, Belgian Congo, French Equatorial Africa as far as Lake Chad, Dahomey and the region south of the bend of the river Niger as far as Timbuktu.
The third company of the protection force for German East Africa was stationed in the south of Tanzania in Lindi, where there had been a brisk sisal trade since 1900. The protection force consisted of a small section of German soldiers who held leading military posts, and largely of hired soldiers from east Africa and north Africa (Askari).
The First World War broke out in 1914. In November 1917 German troops in retreat from English and Belgian troops approaching from the north had to move out of southern Tanzania into the north of Mozambique. The commander of the protection force for German East Africa, Paul von Lettow-Vorbeck, switched to guerrilla tactics and outmanoeuvred the allied troops using tremendous marching efforts. The many months of rearguard action resulted in the heavy devastation of the country. The great human loss of the warfare was borne mainly by the African population in Mozambique and Tanzania. According to experts, the recruitment of carriers for supplies and the transport of materials by all sides involved in the war are estimated to have cost the lives of at least 100,000 east Africans. (Source: John Iliffe, “A Modern History of Tanganyika”)
In November 1918 the Germans surrendered under the Treaty of Versailles, which settled the reallocation of countries after the First World War. The Kionga Triangle fell to the Portuguese and the borders of Mozambique in this region were shifted to the mouth of the River Ruvuma. Although Germany had lost the war and its colonies some Germans stayed on in the north of Mozambique to run, for example, cashew plantations. To this day, war cemeteries from that time can be found there.